Many of us have seen adult coloring books with beautiful mandalas to create, but what makes these shapes so unique? Why do we seem drawn to patterns and why does their structure offer so much peace?

Besides being beautiful and pleasing to the eye, the mandala has historical significance and incredibly spiritual symbolism.

What is a mandala?

A mandala is more than just a page in a coloring book; mandalas are geometric symbols with a lot of meaning and symbolism.

The word mandala comes from a Sanskrit word that roughly translates to “circle.” Although mandalas are generally considered strategic designs with repeating shapes and patterns, they can also be more fluid and asymmetrical, drawn in both circles and squares.

Buddhists first created the mandala and used it as a meditation tool to break free from the endless cycle of death and rebirth. The mandala helps find enlightenment and healing during meditation, helping people find peace after meditation is over.

In Buddhism, mandalas contain squares and circles inside the main circle itself. And each square and circle in the mandala has its own meaning.

The circles are a representation of the cosmos and the squares are symbolic of the earthly levels. Each square and circle is considered a “level” to cross to arrive at the center of the mandala.

Where does the mandala come from?

The history of the mandala dates back centuries, to the earliest known image of the mandala in the Rig Veda, an ancient Hindu text from the period 1500-1000 BCE. However, the mandala is actually a creation of Buddhism, which then spread to other countries over the years.

The founder of Buddhism, Siddhartha Gautama (Buddha), left Nepal to seek spiritual enlightenment through meditation, sharing his message all over India. As his followers traveled the Silk Road, they spread the word of Buddhism, taking mandalas with them in their practice.

The symbols eventually began to appear across Asia in the fourth century, spreading to Hinduism and other religions and cultures.

In more modern times, the mandala was brought into the mainstream by psychologist Carl Jung, who viewed the mandala as a reflection of the inner spirit, or Self. Jung claimed that creating mandalas enabled self-understanding, which led to higher consciousness.

RELATED: 25 Henna Designs To Try If You’re Looking For A Temporary (And Painless!) Alternative To A Traditional Tattoo

Types of Mandalas and How to Use Them

Mandalas can be incredibly detailed and intricate, or clear and simple, but they all represent a spiritual journey. They can be created with yarn, paints, drawings or even with sand.

There are three types of mandalas: sand, healing and teaching.

Rituals, such as dances and meditation teachings, are an integral part of the ceremonies. The sand is placed in the center of the mandala and represents Buddha; the artist then works his way from the inside out, each layer representing a different Buddhist teaching.

At the end of the ceremonies, once the mandala is finished, the sand is collected in a jar, wrapped in silk, and released into the water.

Advertising Losing weight can be a difficult journey for many people. Build healthy habits with Noom, a science and research-backed healthy lifestyle program.
Click here to find out more. 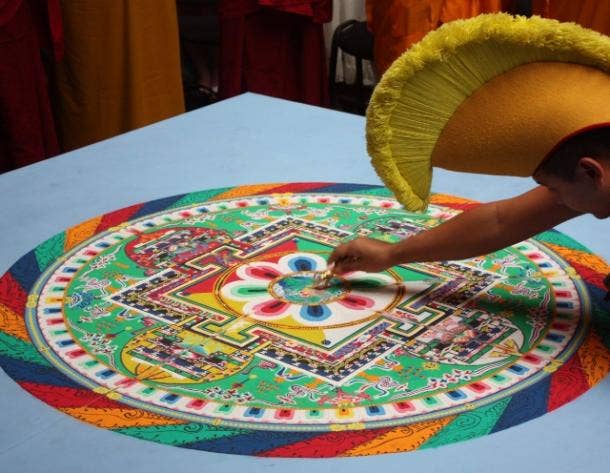 Healing mandalas stimulate creativity and are used specifically for meditation to achieve wisdom and concentration. These mandalas are meant to bring calm and increase the intuition of the creator of the mandala.

Healing mandalas are used as a tool to release positive energy into the world for all who participate in the ceremonies. The mandala now lives in them forever as an experience that will continue throughout their lives.

The teaching mandala symbolizes the cumulative learning experience of the individual. Once they understand design and creation, they can build the mandala.

Each line, color or shape represents a specific aspect of the religious or philosophical system, and are meant to be symbolic images that “map” the mind of the creator of the mandala.

RELATED: What Is Karma and Is It Real? 3 types of karma and how it works

The most common mandala designs include elephants, flowers, circles, and geometric shapes. Each drawing is a symbol of different spiritual aspects.

The elephant mandala represents power and strength. It can also symbolize a strong soul and is most commonly used in Buddhism.

The flower mandala represents all life in the universe. The flower also helps with concentration during meditation practices.

Circular mandalas are the most common design among religions and spiritual practices. The circle design is symbolic of coming together and becoming whole.

Geometric mandalas are used to symbolize nature and the enlightenment of the human body. It means that we are part of nature and nature is part of us. 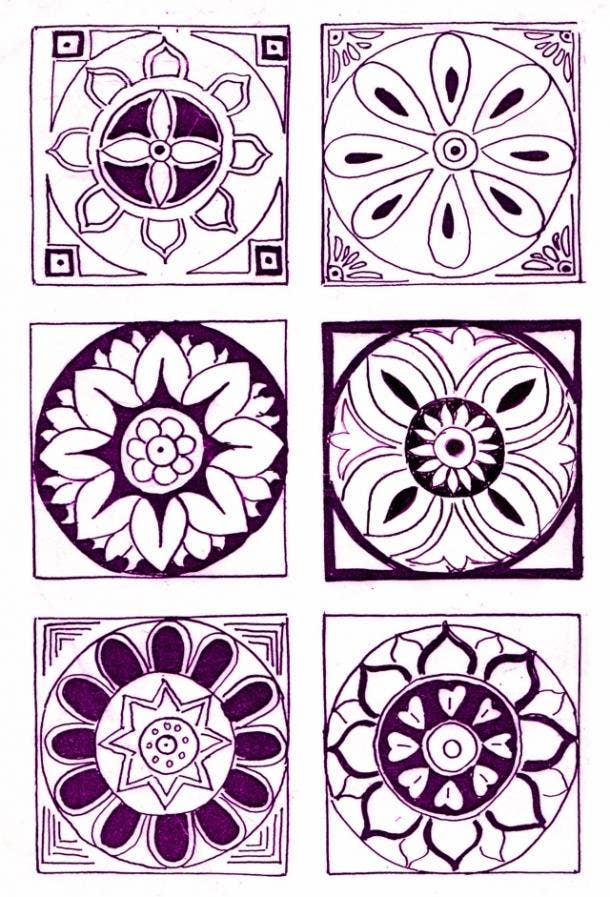 In our society, we see many of these designs every day on tapestries, tattoos, and even such insignificant objects as notebooks for journaling. While it is great to appreciate the beauty and detail of mandalas, it is also important that we learn about their meaning before we hang them in our home.

For many religions, not just Buddhism and Hinduism, mandalas are considered sacred and should be treated accordingly. We should use our interest in cartoons as an opportunity to learn about other cultures and religions. You may even want to practice mindful meditation rituals in alignment with your mandala.

A creative way to incorporate the true meaning of the mandala into your life might be to find one in a coloring book and fill it in with your favorite colors. As you fill in the colors, start on the outside and work your way inward, focusing on each pattern as a relaxation technique.

Mandalas are a unique symbol of spiritual enlightenment and have become increasingly common in our culture.

The next time you see someone with a mandala tattoo or a tapestry, take the opportunity to teach them about its spiritual meaning. Then you can spread enlightenment by teaching others about the mandala and its sacred meaning.

RELATED: 40 Symbols Of Strength And Courage From Cultures Around The World

More for you on YourTango:

Lindsey Matthews is a writer and contributor to YourTango. She primarily writes about relationships, entertainment and news, and pop culture.