Butler Catholic School hosted the state Rep. Marci MustelloR-11e, at school on March 1 for a special visit with the second graders.

In honor of National Reading Day across America, Rep. Mustello read the Sesame Street book “I Want to Be President” to Rosemary Watson’s class and Shauna Hohn’s class.

Before he began reading, Mustello spoke to students about the United States Capitol, the President’s Office, and major executive events, such as the State of the Union Address. The students also discovered the capital of Pennsylvania.

At the end of his visit, Mustello handed out state wildlife coloring books and other learning materials to the students.

She also presented BCS Librarian Krissy Wissinger with a copy of “Woodrow for President: A Tail of Voting, Campaigns, and Elections” by Peter Barnes and Cheryl Shaw Barnes. The book will be part of the school library.

As part of the news competitions, students competed in two Q&A rounds – a flash round focusing on the following topics: people in the news, sports, entertainment, disasters, science/ technology and business/economics; and, a Wager Round, which asked questions about national and international news and politics. For the themed contest, students were asked to research the Golden Age and answer questions related to the period in American history between 1876 and 1912.

The contest, open to students in grades 4 through 12, featured 49 students from Butler, Lawrence and Mercer counties. 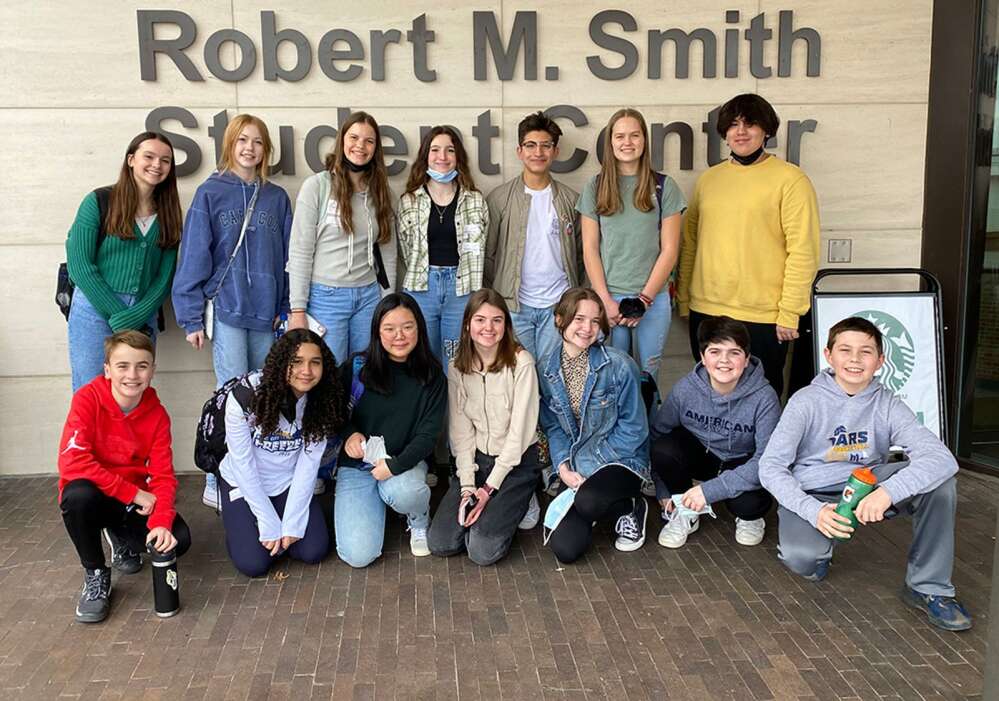