The holiday celebrates the end of the 29 or 30 days of fasting from dawn to sunset throughout the month of Ramadan.

As the date of Eid depends on the sighting of the moon, there may be variations in the exact date that is celebrated around the world. The announcement of the exact dates of Eid Al-Fitr may not take place before the start of Ramadan.

Muslims around the world observe Ramadan, the ninth month of the Islamic calendar, in their own way. Each community welcomes the holy month with its distinctive traditions and practices.

People in Muslim countries usually start Eid by praying in mosques on the morning of the holiday.

In addition to prayers at the mosque, Eid al-Fitr is an occasion when families gather around the table to enjoy desserts and pastries, bread, milk, coffee and tea to celebrate.

Eid al-Fitr is sometimes referred to as the sugar festival, a nod to the fact that much of the meal eaten at the festival is dessert. 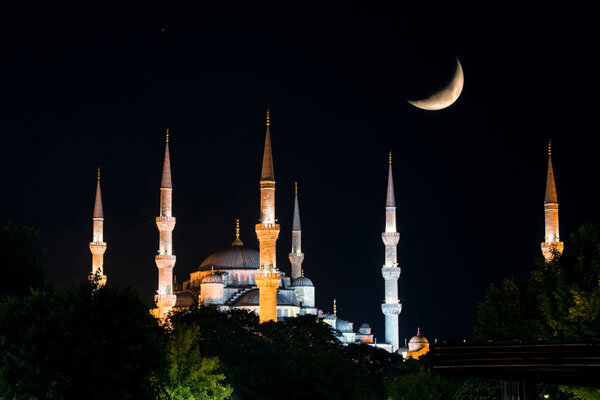 During Eid, one of the most common things you will hear people say to each other is “Eid Mubarak”. It literally means “Blessed Eid” and is a way of expressing celebration. You may also hear “Eid sa’id” which means “happy Eid”.

Other countries however have different greetings. In Nigeria, people are likely to say “Balla da Sallah”, which is Hausa for happy Eid. In Malaysia, Eid is called Hari Raya, so to wish someone a happy Eid, you would say “Selamat Hari Raya”.

Muslims celebrate Eid Al-Fitr with prayers called “Salat Al Eid” in Arabic. There is no audible call to prayer for Eid prayers. Muslims will gather in mosques or open spaces and offer two units of prayer – called “Rakat”. The prayers are followed by a sermon, in which the imam asks for forgiveness, mercy and peace for every being across the world.

It is a tradition to wear new clothes and on the way to the mosque eat something sweet like a date and say a small prayer called takbir. 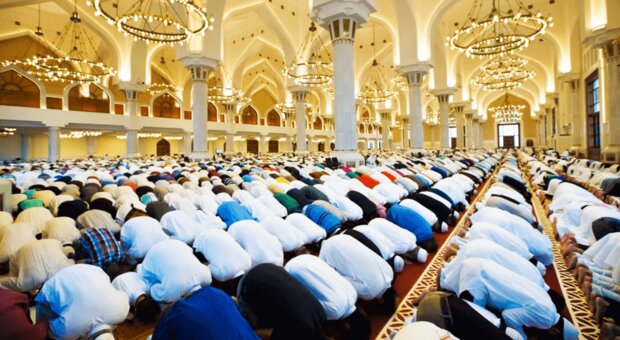 Charity is one of the noblest actions of Islam. In fact, all Muslims celebrate Eid by donating clothes, food, and money to the less fortunate. It is obligatory for Muslims to do charity before or on the day of Eid.

Fitrah or Zakat Al Fitr is an obligatory act of charity performed at the end of the holy month of Ramadan by all Muslims who can afford it.

The main purpose of paying Fitrah is to provide all poor and needy Muslims with the means to celebrate the joyful occasion of Eid al-Fitr with the rest of the community.

For many Muslims, Eid al-Fitr is a holiday to show gratitude to Allah for the help and strength He has given them throughout the month of Ramadan to help them practice self-control.

In addition to charity, Muslims are also encouraged to give and ask for forgiveness during Eid al-Fitr and look forward to the opportunity to fast again during Ramadan the following year.

Eid al-Fitr is an important Muslim holiday in the Islamic calendar and a public holiday involving activities such as prayers, requests for forgiveness and pledges of solidarity, social gatherings and family reunions as well as donations to charities. charities. 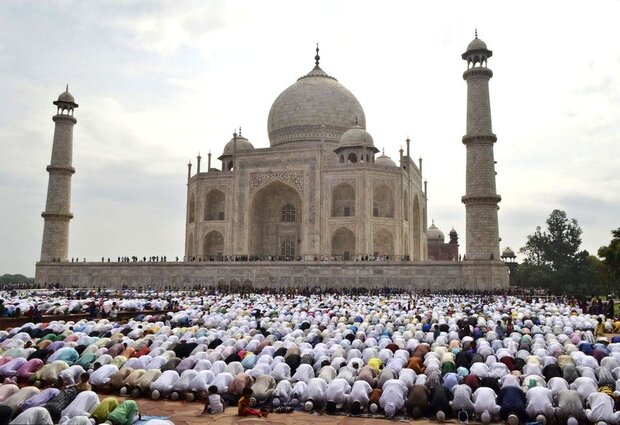 Celebrations may differ from culture to culture, from China to America, but all Muslims start their day by going to the mosque and then, gathering as a family and feasting on traditional dishes – mensaf en Jordan, couscous in Morocco or biryani in Pakistan.

Millions of Muslims perform their Eid prayer at Masjid al-Haram in the holy city of Mecca in Saudi Arabia on the first day of Eid al-Fitr marking the end of the holy month of Ramadan. 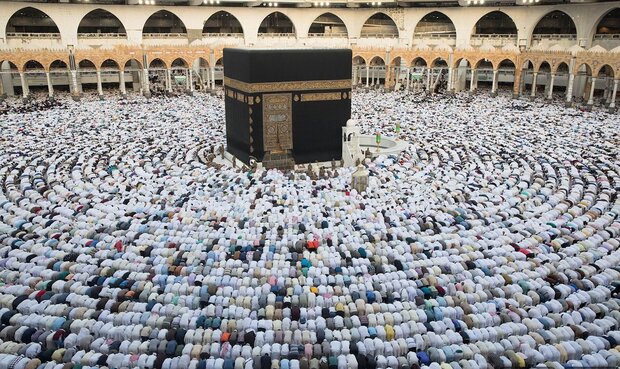 Indonesia, home to the world’s largest Muslim population, observes a week-long public holiday during this time, and increased travel leads to massive traffic jams on the crowded islands of Java and Sumatra. 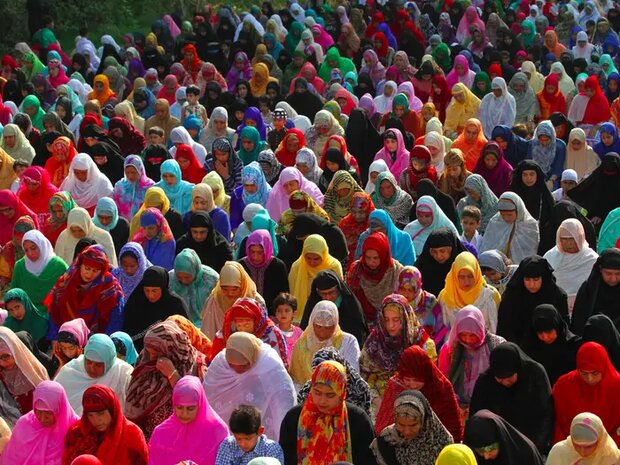 In the Philippines, people take to the streets and parks in the morning to pray together in Manila and Quezon City, EPA reporters have found. 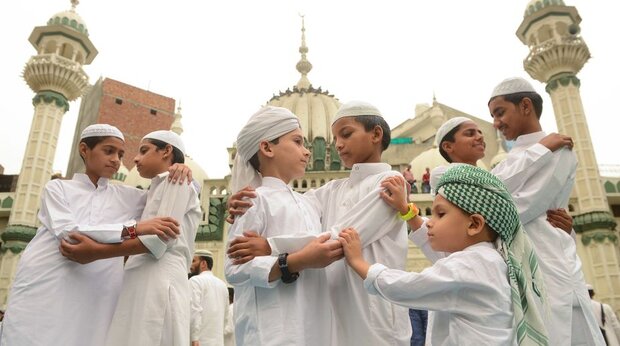 In Pakistan, men usually wear simple traditional clothes for Eid while women and girls wear colorful clothes with bangles, but it is customary for almost everyone to wear a new dress.

No Eid celebration is complete without henna as it is a must activity for Pakistani girls and women to apply henna on their hands occasionally.

Sheer Khurma is a festive vermicelli pudding prepared by Muslims on the occasion of Eid ul-Fitr and Eid al-Adha in India, Pakistan and Bangladesh. It is a traditional Muslim festive breakfast and dessert for celebrations. 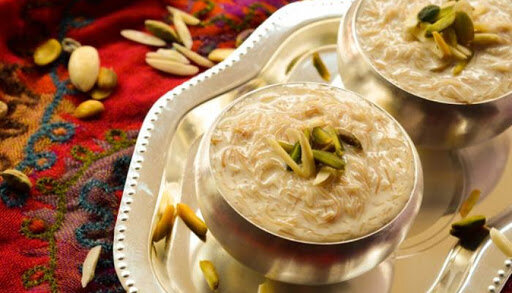 In Lebanon and most countries, Eid begins early in the morning when Muslims gather in mosques, squares or outdoor plazas to perform prayers, followed by a short sermon.

Traditional Eid food and desserts are a must during Eid al-Fitr in Lebanon. Some of the desserts prepared for the occasion are Kaak el Eid and Maamoul, which is a mouth-watering cookie stuffed with pistachios, walnuts or dates and covered in powdered sugar.

Normally, Knefeh, which is a traditional dessert made from sweet melting cheese and covered with sugar syrup in Qatar, is usually served for breakfast on Eid mornings.

Across Turkey, people celebrate Eid al-Fitr by saying their early morning prayers and welcoming friends and families into their homes.

Children receive gifts including coloring books, toys and cookies at some mosques in Istanbul. In the historic district of Fatih on the European side, hundreds of people have lunch together while in the other historic mosques of the city, soups are distributed to the faithful.